This site uses cookies and follows the GDPR guidelines.

"The Distance Between" Album is now available for preorder. 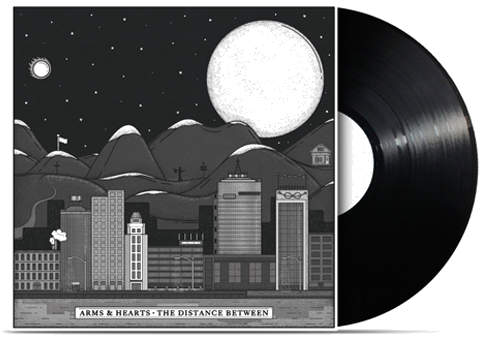 "The Distance Between" Vinyl 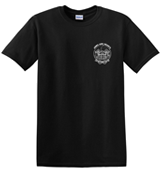 “The Distance Between” Vinyl

So, a little disclaimer, being a DIY solo act is great in some ways but not so much in others. I don't have 3 or 4 other people I can split upfront costs with and I cannot afford to have this pressed to vinyl on my own. I need to get a certain amount of pre orders to afford it. It's a dream of mine but times are tough. If I don't get enough, you will receive a full refund and you can keep the digital download for free because I'm a sweetie pie like that. Also, prices don't include delivery.

"Home is wherever you happen to be"

is more than a lyric for Arms & Hearts — a.k.a. Steve Millar — it's almost a mantra at this point. When he sings it, and crowds sing it back at him, the truth in the phrase is clear to see.

The heavy-touring singer/songwriter combines the storytelling and workrate of a classic troubadour and the heart on his sleeve punk rock passion, asserting himself as one of the most prominent figures in the UK’s underground / DIY music scenes through sheer hard work and persistence.

Equally comfortable on a dimly lit folk club stage or at a loud and lively punk show, Arms & Hearts has been active since 2013; making his name in and around Manchester upon the release of his self-titled debut EP.

Increasingly prolific from this point on, Arms & Hearts quickly amassed a catalog of three self-released EPs and increased his touring schedule tenfold, finding his voice in the process, before setting about making a name for himself across the UK.

Prevalent throughout his home country and increasing his presence in Europe, 2017 saw the release of a new EP — Too Much Sleep, Not Enough Dreams (UTB Manchester) — and the double A-side single Fortitude (Real Ghosts Records). Both releases felt like a statement of intent, with the step up in quality of recording matching Millar’s everdeveloping songwriting technique. The caliber of his writing now matching his intensity and passion, Millar’s growth and hard work paid off handsomely. 2018 was a banner year for the Manchester musician. Increased European touring with bands like Jake and the Jellyfish and Mixtape Saints, was equated with higher-profile UK shows that saw him sharing stages with the likes of Nothington, Jared Hart, Ducking Punches and, one of his musical heroes, Dave Hause on multiple occasions.

The following year built upon the foundations set in 2018. With the usual extensive touring of the UK, a tour with Mercy Union and the first United States tour which included an appearance at Gainesville's The Fest.

Arms & Hearts continues to work hard, plying his trade whenever and wherever he can. A DIY musician through and through, when he's not on tour he's producing records for fellow artists, booking tours and consistently working to help others within this burgeoning UK scene.

2020 could be the best year to date for Arms & Hearts: maturing as a musician and flourishing creatively, we haven’t seen the best of him yet.